Google jumped into robotics after buying Boston Dynamics: And you can't drop it by kicking: 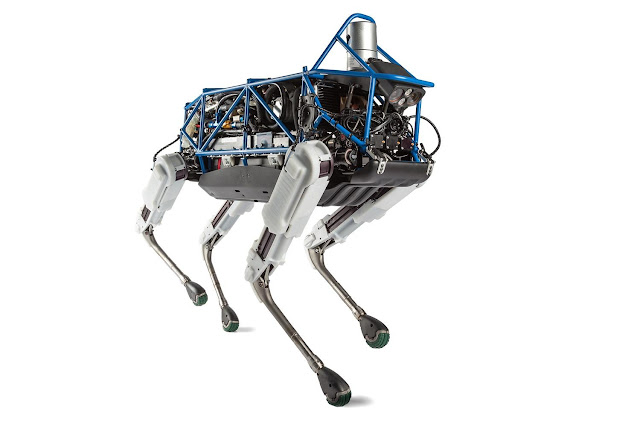 This year Google turned into a smaller company as it is now under Alphabet.inc
Alphabet is a larger company which aims to bring all Google Products under the hood of Alphabet.inc (A to Z)

Also See: Google is now in Alphabet.Inc: A new Company:

Now Google posted a video on YouTube of it's Robot that looks like a dog and called as BigDog at their company. And on Kicking it will not fall. It can walk on Mountains and tough areas also. It can also run fast and can take weight on it. It will be helpful in Army Missions for taking too much weight.

The Robot looks scary just like their other robot, which looked like a Human Being with no Head. this Dog Robot has no head and it's Horrific.

Watch The Video Below: